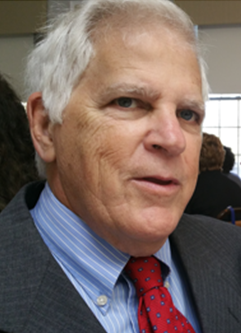 Alan Feinberg, RA, AICP has an architectural degree from the University of Texas School of Architecture, Austin, and attended the Graduate School in Planning & Management Science of George Washington University, where he was a Teaching Fellow. He was a captain in the US Air Force and worked for a large architectural, engineering and planning firm. While on the staff of a small planning firm he did international development work in Africa and the South Pacific as well as many successful projects in the US.

Mr Feinberg was a Principal Urban Designer with Prince George’s County, Maryland, for over five years, reviewing and facilitating a myriad of development projects ranging in size from very large to small development projects. He also served as head of planning for a large engineering firm and as the planning coordinator for a parking authority. His own firm, FeinDesign, did the parking study for Ellicott City, Maryland, and was part of the team that won $35 million in HOPE VI grant funding for Norfolk, Virginia. He was an advisor to groups involved in rebuilding Louisiana after Hurricanes Katrina and Rita, and his work on creatively re-envisioning small towns includes assembling a blue-ribbon panel to re-imagine La Plata, Maryland.