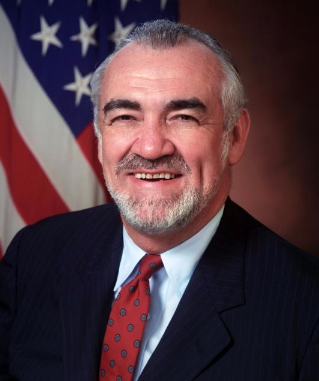 The Hon. Gilbert F. Decker, ArMel Scientifics Center for Technology & Public Policy Research Associate on Defense Technology, is Vice President and a Director of the Hertz Foundation, which grants doctoral fellowships in science and engineering. He serves on the National Advisory Council for The Johns Hopkins University’s Whiting School of Engineering and the Advisory Board of the Carnegie Mellon University Software Engineering Institute, and regularly advises the US military on defense technology and related policy matters.

Mr. Decker is a sustaining member of the Association of the US Army and has served as Chairman of the US Army Science Board, Science Advisor to the US Secretary of Defense, Assistant Secretary of the Army for Research, Development & Acquisition, Member of the American National Academy of Sciences’ Board of Army Science & Technology, Trustee of the Association of the US Army, Member of the Board of Army Science & Technology (BAST) of the National Academy of Sciences, and Member of the BAST panel appointed to oversee the US Army mission of Chemical Weapons De-militarization. Mr. Decker’s honors include the Distinguished Public Service Medal (Dept. of Defense), Distinguished Civilian Service Medal (Dept. of the Army), Meritorious Service Medal (US Army) and the Distinguished Alumni Award from the Johns Hopkins University. In 2010 and 2011 he co-chaired a Commission to review the Army’s acquisition process. His private sector positions have included that of Executive Vice President of Walt Disney Imagineering. He has a Bachelor of Engineering degree from John Hopkins and a Master of Science degree in Operations Research from Stanford. He received his military officer’s training at the US Army Command & General Staff College and the Industrial College of the Armed Forces.