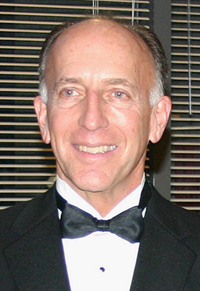 Jay John Hellman, ArMel Scientifics Center for Technology & Public Policy Research Associate on the Economic and Infrastructural Effects of Computerization, was educated at the Massachusetts Institute of Technology and Harvard University. He holds five degrees, including a doctorate in systems analysis. He is both a real estate developer and an expert researcher and consultant on real estate trend analysis, specializing in how computerization and the Internet are affecting the evolution of buildings, neighborhoods, towns, cities and infrastructural systems. His Washington, DC-based firm, The Hellman Company, inc., conducts both its own research and privately commissioned project management assignments in these fields.

Dr. Hellman’s research led to the construction of the US National Association of Realtors’ current headquarters (widely regarded as a state-of-the-art green building) on Capitol Hill. He coined the telecommunications term Virtual Adjacency® to describe how media technologies are reshaping both the current actualities and the still unrealized possibilities of our civilization.

Dr. Hellman’s ideas on the relationship between computerization and societal change have been discussed in numerous publications and he has lectured widely for universities, industry associations, government agencies and Fortune 500 companies.